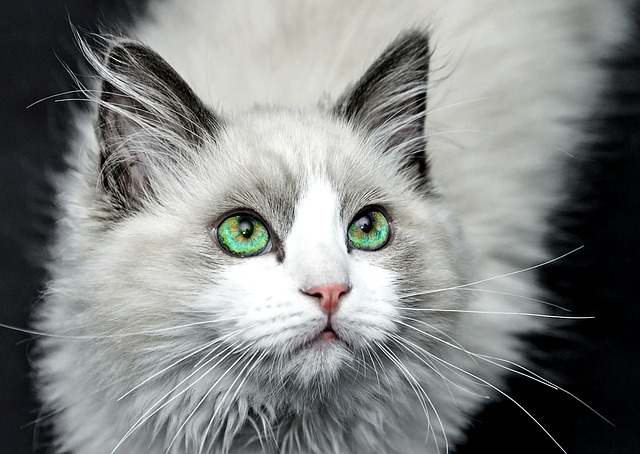 Have you ever visited someone and left with your clothes covered in pet hair? I have and I was convinced I did not want any pets in my house. I am also very allergic to dogs and some cats. So when Ken and I married, he wanted a cat, but I said no.

For ten years, he plied me with cat videos, cat pictures, cat comics, cat stories, you name it. so I finally agreed to get a cat. I was concerned about allergies, but he said if I was allergic, we could return the cat. We decided to adopt a shelter cat, and we adopted our first cat in 2006 – a big, beautiful, black Maine Coone mix cat named Tammany. She was rescued from Hurricane Katrina in 2005. We call her Putter Cat. She was at the shelter for over a year when we adopted her. She was the last one to be adopted of all the animals they brought to Illinois. And, amazingly, I was not allergic to her. We have gone on to adopt three other cats, none of whom I am allergic to.

It makes me think of the law of unintended consequences. We make a decision and we have no idea how far-reaching the consequences will be. When we adopted our first cat, we were living in a small, two-bedroom condo. It was fine for us, but with the addition of one, then two, then two more cats, it got a little crowded. The cats couldn’t go outside, because there was no place for them to go and be safe. So we decided to sell our condo and buy a house with a huge fenced-in back yard. We moved two years ago. We have a lot more room, the cats can go out in the back yard, and we have a big beautiful perennial garden that is wonderful to sit in and enjoy the fragrances of the herbs and flowers that Ken planted.

And, because we have a house, we were able to start a Messianic Home Group (our condo covenants forbade any kind of religious gatherings in the condo units). We live on a cul de sac, which affords a lot of privacy and lots of parking. It has been wonderful to have people in our home and learn about the Jewish roots of the Christian faith, and share the biblical holidays together throughout the year. We have made some new friends, people we would never have met, had it not been for the Home Group.

We also have a vegetable garden, which has been wonderful. We enjoy the fresh vegetables and then freeze the excess to have throughout the winter. And I can’t fail to mention the joy of sharing your home with four very lovable kitties.

I have learned that when something comes along that I may not want to do, I don’t automatically reject it.  I don’t know what the outcome will be if I say yes. Saying yes to that first cat turned out to be the most wonderful decision I could have made. So many good things have come into my life as a result of that one decision. My whole life has changed, just because of a big, beautiful black kitty named Putter Cat.