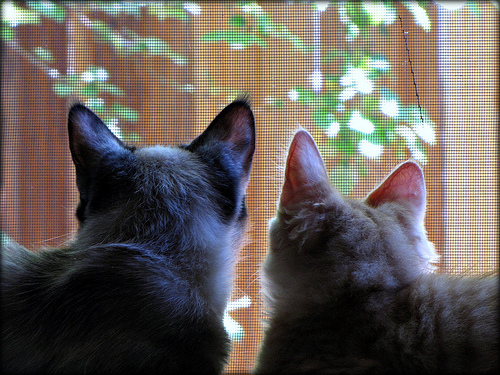 There is an acronym young people use today in texting called BFF (Best Friends Forever). I wonder if they really understand the meaning of best friends?

Twenty-five years ago I ended up in Frederick, Maryland. I thought it was just another stop in the crazy quilt that was my life. I had no idea that Frederick was the place where God would change my life forever.

I had found the Lord as a teenager, but a few years later I wandered away and was far from God when I arrived in Frederick in the summer of 1987. In the month of August I began to sense the presence of God in my life once again. I pulled out my Bible and began to read it.

One day I came home for lunch. I sat down to eat and turned on the television. There was a prophet on this particular channel and as I watched he began to prophesy specifically to me.He said many things, but what I remember him saying was that God was calling me to repent and come back to Himself, and that if I did, there were things in the Kingdom of God for me to accomplish. I sat and cried. I knew that this was God, but I also wondered how I could possibly get out of the life I was living?

I was in a relationship with a man to whom I was not married. I could not afford to live on my own. I had no other friends in Frederick. How could I possibly move out? I put it on the back burner, until a week later when I received a flyer from a Messianic Congregation. I had never heard of this before, but I was curious, so I called the number in the flyer and the pastor’s wife answered the phone. That began a series of almost weekly telephone calls to her, where she befriended me, counseled me, and prayed with me.

It took until November before I finally got the courage to attend the congregation. I walked in the door and the first person I saw ended up being the pastor’s wife. I had never met her in person, but she greeted me and said, “Are you Lea? It’s good to finally meet in person.” I was stunned to say the least, so after visiting for a few  minutes, I went in and sat down in the back. That’s when her husband came back, introduced himself and said, “You must be Lea. My wife has really been praying for you.” Wow, who are these people, I thought? That night was the beginning of the new life that God created for me out of nothing.

There were many people during those early years who helped me and contributed to my restoration, but there is one person who truly stands out. She is my friend Holly, and the reason I write this post. As I mentioned previously, the change began with moving. I ended up living in a small town called Detour (my friends like to say God took me on a detour!) There are many miracles that happened along the way during this time to help me move in the direction God wanted, but the biggest one was Holly.

Holly was sort of an assistant to the pastor and one of her duties was to make contact with people by telephone who had been out and also the new people to make them feel connected. Holly would call me weekly and it seemed like every time she called me I would need encouragement. She would always have a word for me that would precisely fit what I needed to hear and it helped me move forward to the next step God had for me. During those phone conversations, we began to build a friendship.

One day a few months later, she invited me to dinner at her home with her husband, Bill and her three children, Troy, Trent, and Randi. It was at that dinner that they invited me to come live with them and be a part of their family. They were taking a risk. They hadn’t known me that long, and didn’t really know anything about me. But they were being faithful to what they felt was God’s instruction to them. I did live with them for about  a year and a half and it was a time that would change me forever. I learned so many things during that year as I kind of  became like a part of their family. But the best gift that came from that time was my friendship with Holly.

My faith journey has taken me to Illinois and Holly still lives in Maryland. And even though we don’t see each other or talk on the phone often, when we do, it’s like we just saw each other yesterday. She has been my faithful friend through 25 years of ups, downs, changes, and  challenges.

So this is a tribute to you, Holly, my best friend forever. You and Bill and your children helped God rebuild the foundation of my life and I would not be the person I am today if you had not obeyed God way back then and invited me to come and be a part of your life. I am eternally grateful.

A man that hath friends must shew himself friendly: and there is a friend that sticketh closer than a brother.