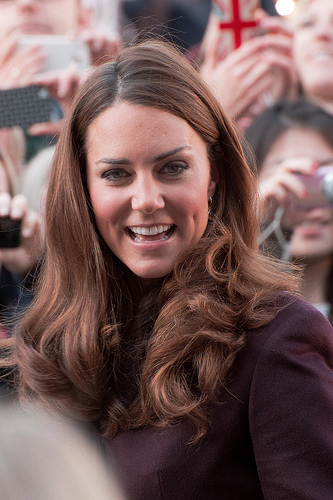 Today the Duchess of Cambridge, Kate Middleton, gave birth to a son. The world is watching in excitement. I never had the pleasure of becoming a mother. I always thought it didn’t matter, that I didn’t want children, that I was one of those people who weren’t “meant” to have children. It made me think of one of my experiences with God in Jerusalem.

I moved to Israel for two years to live and work and help the Intraters while they got settled in the Land. I learned many, many things there. I had many spiritual lessons and breakthroughs, and it changed my life forever. But there was one thing I experienced I didn’t even know i needed.

Israel is a very family-oriented society. On Shabbat, you see families together in the parks, grandparents with children and grandchildren. In my last year in Israel I lived in the Jerusalem neighborhood of East Talpiot, about a 10-minute walk from the Haas Promenade (Tayelet). From the Tayelet, you can see the entire city of Jerusalem.

Every Shabbat I would take my Bible and walk to the Tayelet and sit on the wall and look out over the city and read my Bible and think and pray. And I would be surrounded by families spending the day there…children, parents, grandparents. And inevitably, children being children, one of them would speak to me.

It was during those times that God began to deal with me about being a woman alone with no children. The Israelis I knew didn’t understand why I was not married, and did not have any children. It’s so important there. God began to show me women have a nurturing spirit. It is a gift He gave to women. And he showed me that because of some things that happened to me as a child,and some personal choices I made,  that I had closed that part of my spirit off. He wanted to open it up to bring healing to me.

As I sat one Shabbat, I began to go through a grieving for the children I never had and for the loss of never being a mother. God began to bring healing to my soul, and it changed me. It brought some softening to me and some lightness of being that I had never had before. It gave me some measure of joy that I never had before. And I wasn’t ever the same.

One Friday night sometime after that, a good friend of mine in Jerusalem came to me after we shared a Shabbat dinner with friends. He told me that he had a scripture that God had impressed on his heart for me:

God was kind to the midwives and the people increased and became even more numerous.  And because the midwives feared God, he gave them families of their own. Exodus 1:20-21.

He said because of my faithful service to the Intraters and their children, God showed him that He was going to give me a family. I cried and received that promise from God. Two and a half years after I returned from Israel, I married Mr. Ken, who has a daughter and now has four grandchildren. We have a wonderful blessed life together. God is faithful and wants to bless us. He keeps his promises.